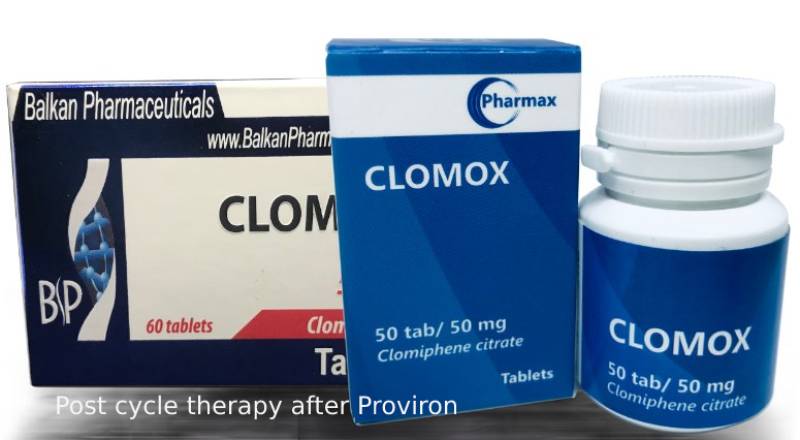 Post-cycle therapy is a set of procedures designed to restore the functioning of the hypothalamus, pituitary gland, and testes. Unfortunately, this topic still worries many today: another “guru” invents his own recovery scheme, even if in reality everything is not difficult: the important thing is to understand the mechanisms of action of drugs.

It is known from previous chapters that each steroid suppresses the work of the hypothalamus and pituitary gland, and that the testicles, left without stimulation, begin to lose their function.

Mechanism of action of PCT drugs

By the way, here’s a very important note:

None of the antiestrogens are capable of lowering estradiol levels in the body and the name only reflects the binding to the E2 receptor. Only drugs that affect the conversion of testosterone to estradiol can lower estradiol. These are aromatase inhibitors (AI).

But back to the SERM topic: after blocking the receptors in the hypothalamus and pituitary gland, when the body stops seeing estradiol, it will begin the synthesis of active GnRH, which, once in the pituitary cells, activates the synthesis of LH. and FSH. Gonadotropins, in turn, activate testosterone synthesis and spermatogenesis in the testes. Subsequently, the testosterone will be converted to estradiol, but as the higher links of the HHA chain are not yet seen, the cycle will resume: GnRH -> LH, FSH -> testosterone, spermatogenesis. Repetition after repetition.

Over time, when (and this takes at least 3 weeks) the body gets used to the pulsating rhythm of production and stabilizes, the antiestrogens must be suspended and the situation monitored by analysis. During this time, it is very important to keep estradiol and prolactin under control to avoid “barriers”, as they can prevent you from improving your results.

Ah! The very “difficult” choice between these two drugs seems very difficult for people, they are ready to discuss for hours on the forums, to prove their point, not just to take and read … But in reality most people choose tamoxifen citrate only because of price because it is very cheap. But I suggest we look at some very strong arguments against the use of shopping malls.

Decreased libido and worsening of erection were observed in 33% of male patients taking tamoxifen.
Tamoxifen citrate itself is capable of increasing SHBG levels, as it has a direct estrogen-like effect on organs and tissues of the body, increasing the level of globulin, which binds sex hormones [5,6]. Of course, clomiphene citrate also increases SHBG levels, but it doesn’t do much.

Tamoxifen has a much stronger effect on vision [8]. And although both drugs can cause adaptive spasms (“pseudomyopia”) during the administration period (performed after the SERM is removed), CT is even more toxic to the eyes.

From here, among other things, it appears that the main argument in favor of the use of clomiphene citrate is the high toxicity of tamoxifen in the body.
And the main differences between CC and CT, besides toxicity, are a few things: Tamoxifen blocks estradiol receptors throughout the body, and Clomiphene citrate does so only in the hypothalamus and pituitary gland.
Next is the ability of tamoxifen to increase the number of progesterone receptors. What can be affected, for example, is the increased likelihood of side effects after using 19 and the lack of drugs: nandrolone and trenbolone. Therefore, after these drugs, although it is possible to cure SS, it is still impossible, and the drugs of choice in this case can be clomiphene citrate or toremifene citrate.

Therapy after the course of Mesterolone

Androgen, which according to popular belief helps in “recovery”. But even the official instructions [20] state: “Androgen replacement in male hypogonadism, when androgen deficiency is confirmed by clinical and biochemical tests”.

By admiam-sec
Therapy after the course Tags: after a cycle Antiestrogens Clomid course in bodybuilding mesterolone Post-course therapy Proviron Side effects Tamoxifen testosterone